Clinton started his career in accounting at Sterling Accountants as a graduate accountant, bringing with him an impressive list of qualifications; Bachelor of Commerce: Accounting and Business Law, Graduate Diploma of Accounting, and later becoming a Chartered Accountant (CA). As a child, Clinton was always diligent with his own savings, with the aim of getting a bigger reward through savings. During his studies at Curtin university, he realised that he had an affinity for working with numbers. So much so that he can recite pi to at least 10 digits! This all translated into accounting.

His hard work and knowledge saw him quickly progress to a managerial position within two years, with staff reporting to him, then just a few years, Clinton became a partner. Sterling Accountants merged with a local bookkeeping firm in 2014, which saw the launch of Carbon Group. Clinton has been with Carbon throughout the whole journey and has played an integral role in our success. His efforts have been recognised with numerous industry awards, including 2017 SMSF & Accounting Awards Tax & Compliance Firm of the Year, and finalist for the Accounting Firm of the Year category.

Clinton leads a team of accountants in our Perth office, specialising in start-up businesses. He assists them through the early stages of business ownership, putting them in a better position to succeed and achieve their business goals 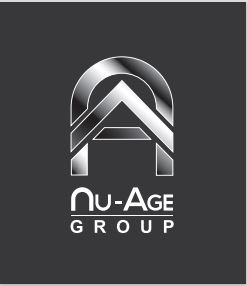 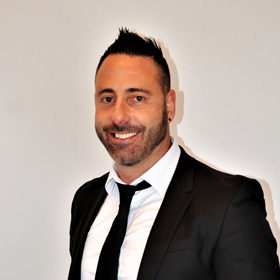 Our Founder and Director, Carl operates multiple businesses and is a Mortgage Broker by trade. Carl has always had an interest in Accounting from his early days at the Commonwealth Bank and felt it was such a great fit and value add for his clients of over 25 years. Most would suggest Carl is fairly laid back, not your typical Director, but let’s not confuse this with the fact that he loves to have fun with his staff, clients and achieve great results in an enjoyable manner. Outside of work, which isn’t too often, he loves spending time with his daughter, play a round of golf and enjoys a surf. It’s also important to note that he’s a mad Richmond Tigers supporter! M: 0433 224 172 E: [email protected] (Credit Representative Number 398885) of Outsource Financial Pty Ltd ABN 42 131 090 705 (Australian Credit Licence Number 384324)

Danica joined the Nu-Age family in 2016, in a Broker Support/ Administration Role in the Finance division. Danica comes from an accounting background, having over ten years experience within the industry. In her free time, Danica enjoys spending time with her family & friends, keeping fit and travelling around WA. 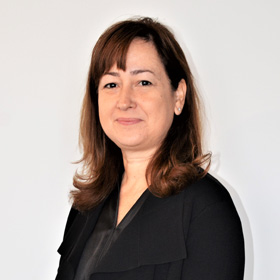 Kathryn has been in the Settlement industry for approximately 18 years and joined the Nu-Age Group in 2015 as Licensee. Prior to Nu-Age she was Licensee of another Perth Settlement Agency for 10 years. Kathryn and her husband also worked in London for 6 years and travelled extensively during that time. In her spare time Kathryn enjoys spending time with her family and friends. M: 0400 732 459 E: [email protected] 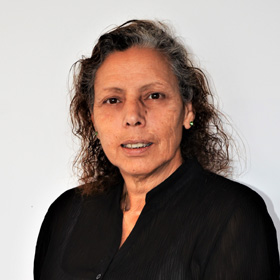 Ferial Awad has been in the settlement industry for over 24 years and joined the Nu-Age family in 2019. She holds a Diploma in Conveyancing Services. In her spare time Ferial likes to read, knit and enjoys exploring our great City of Perth and loves helping others. M: 0402 290 331 E: [email protected] 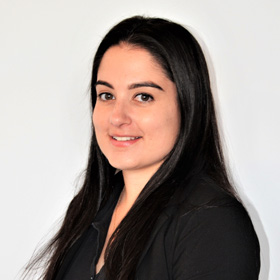 Olivia has been in the conveyancing industry for 3 years and joined the Nu-Age family at the start of 2020. Olivia is currently completing a Diploma in Conveyancing with the goal of becoming a Licensed Conveyancer. In her spare time Olivia enjoys riding dirt bikes, fishing and spending time with her family, friends and fur babies. P: (08) 6424 8196 E: [email protected] 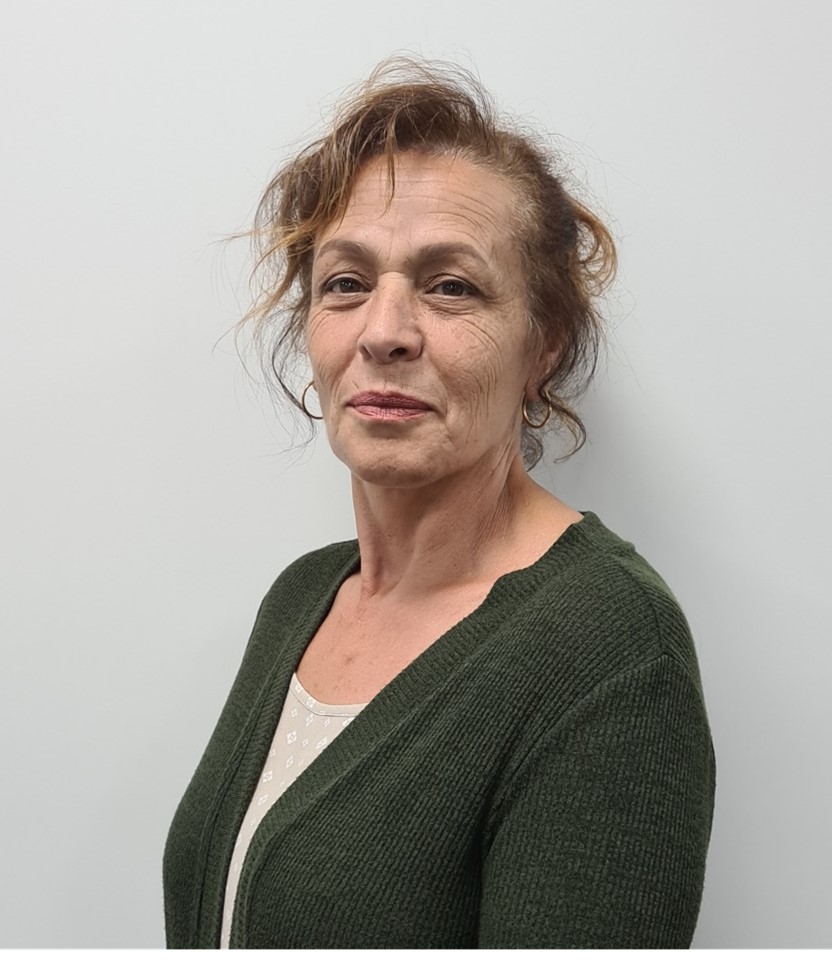 Susan joined the Nu-Age Group in 2021 and thoroughly enjoys working apart of the conveyancing team. Susan has lived in Australia for most of her life and comes from a family of seven sisters. Her favourite things to do are fishing, camping, watching sunsets and loves spending time with her family. P: (08) 6200 2049 E: [email protected]

Laura is our newest member to the settlements team. With a background in customer service, Laura prides herself on getting to know her clients and keeping them 100% satisfied. Since joining Nu-Age group, Laura has goals of completing a diploma and becoming a licenced conveyancer. In her free time Laura enjoys going to the beach and hanging out with friends. P: 08 6424 8196 E: [email protected] 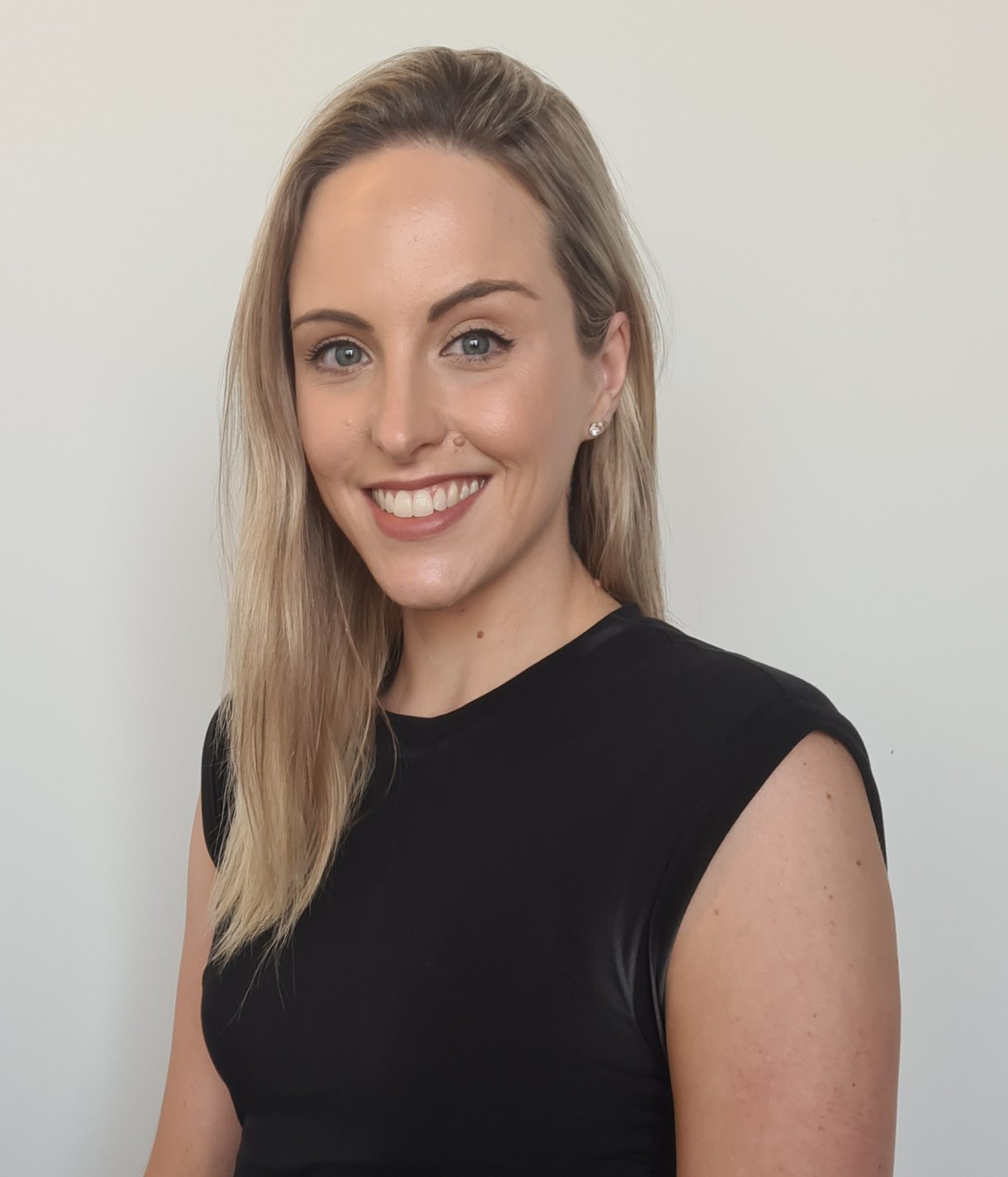 Teash joined the Nu-Age Settlements team in 2021 and is very customer-driven, with excellent organisational skills. Teash has an extensive background in Retail, working in the Industry for seventeen years. In her spare time Teash loves to read and spend time with her family and fur babies. P: 08 6424 8196 E: [email protected]

Jill has been in the finance industry for over 20 years and joined the Nu-Age family in 2016. She holds a Diploma in Financial Services, a Cert IV in Training and Assessment, is a State Councillor for the FBAA and volunteers as a Board Director for People Who Care. In her spare time Jill has taught herself to play the guitar, enjoys exploring our great City of Perth and loves helping others. M: 0407 236 337 E: [email protected] 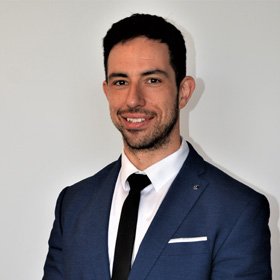 Eddie has been in the finance industry for 8 years and joined the Nu-Age Family in April 2019 and holds a Cert IV in Finance and Mortgage Broking. I love helping our clients achieve their goals and working with such a fun and professional team. In my spare time I am passionate about fitness, cars, live music, socialising and the outdoors. M: 0403 377 545 E: [email protected] 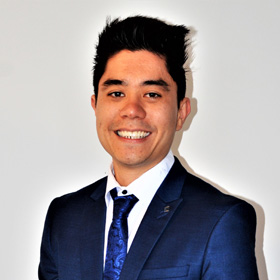 Matthew has been in the industry for over 10 years and after working at traditional accounting firms vowed to do things differently with Nu-Age Accounting. He believes in getting to know his clients on more than a business level, and works closely with them so they can better understand their numbers. Looking at him, you may think he is your typical bean counter, but don’t be fooled. When he isn’t crunching numbers, he is spending time with his family and friends, reading and exercising. He loves making others laugh, even if it’s at his own expense. M: 0420 668 488 E: [email protected] 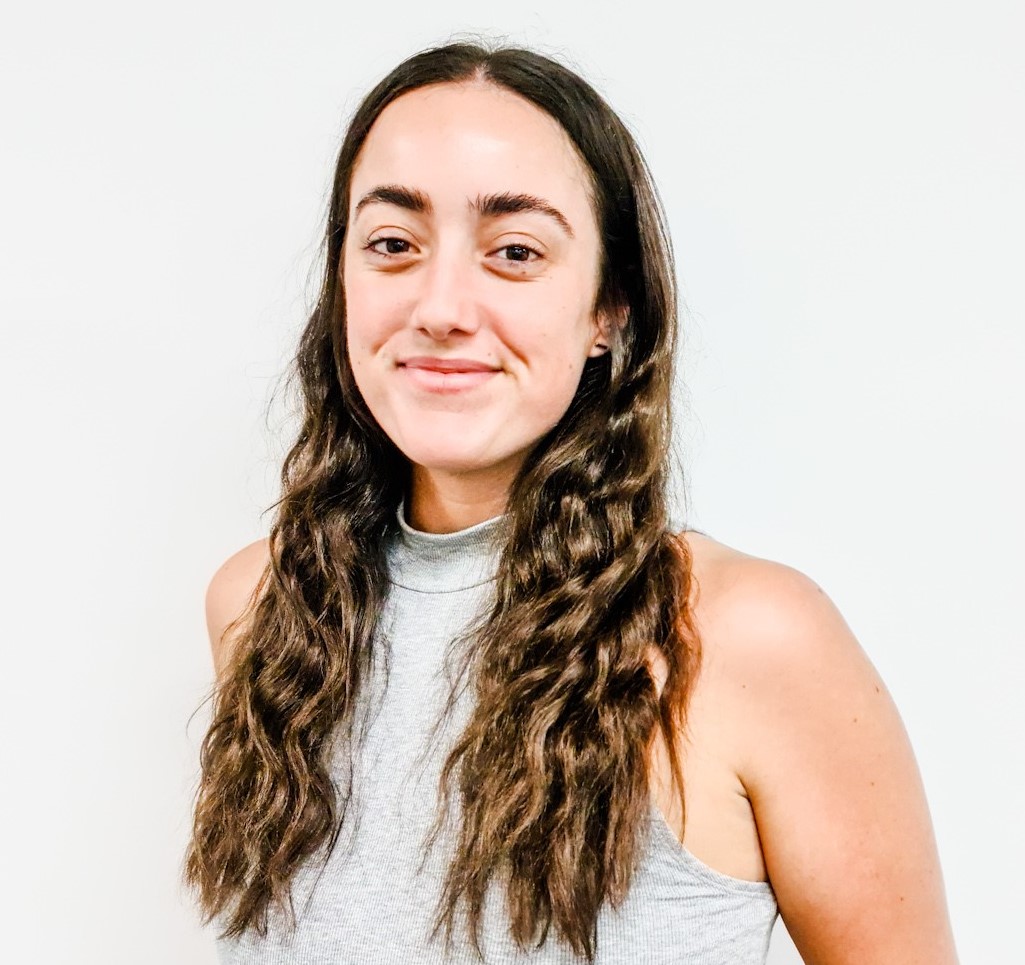 Rachel is our newest team member, she has 2 years prior experience in the industry and has recently completed her Finance and Accounting Double Major at Curtin University. She is currently undertaking her Chartered Accountant course to further her education in the industry whilst working under Nu-Age Accounting. During her spare time, Rachel enjoys spearfishing, freediving and spending time with her friends and family. M: 0413 438 111 E: [email protected] 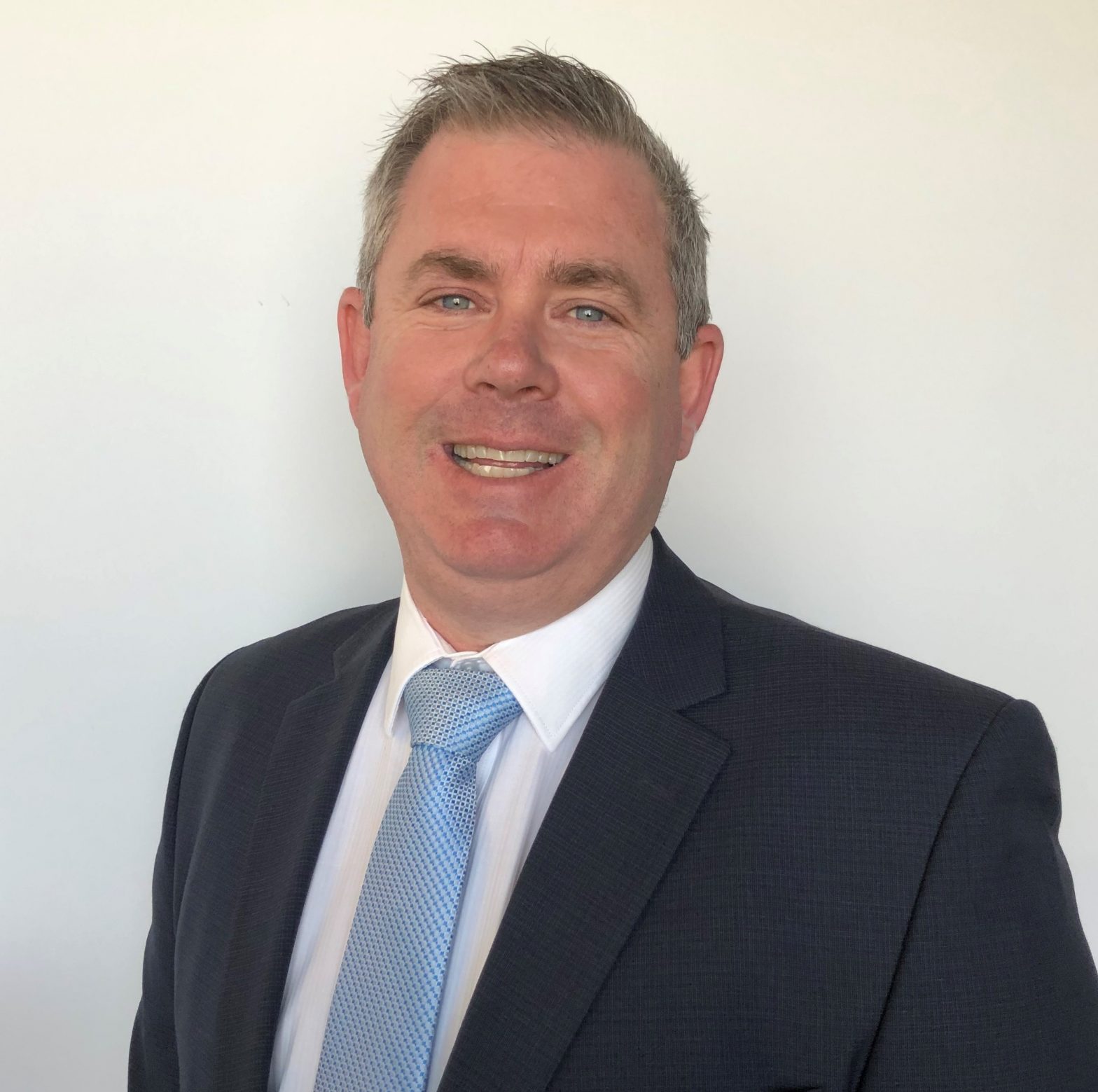 Guy Savage has been in the financial services industry for over 15 years in various roles within large institutions including Westpac, HBOS and AIA Australia. Guy holds a Bachelors degree of Business, Graduate diploma of Financial Planning and is currently completing his Masters of Financial Planning. Guy is a member of the Financial Planning Association of Australia and is a registered tax (financial) adviser with The Tax Practioners Board of Australia. Outside the office Guy enjoys barbequing on his Weber, camping with his family and supporting the mighty South Fremantle Bulldogs. M: 0481 784 877 E: [email protected]